The Creighton University College of Nursing will move its central Nebraska campus from Hastings to Grand Island, a move that is expected to boost the University’s decades-long mission of recruiting and educating nurses throughout the state. The official move started the last week of October and is expected to be complete in time to welcome the January cohort of nursing students.

For 34 years, the College of Nursing has maintained a campus in Hastings at Mary Lanning Healthcare. During those years, more than 900 Creighton students earned nursing degrees, many of them building careers at Mary Lanning where currently just under half of the facility’s nursing staff consists of Creighton graduates.

The Creighton University College of Nursing offers one of the nation’s most successful and longest running accelerated Bachelor of Science in Nursing programs. The program, the second in the nation, began in 1975 on Creighton’s Omaha campus and in 1986 expanded to Hastings. 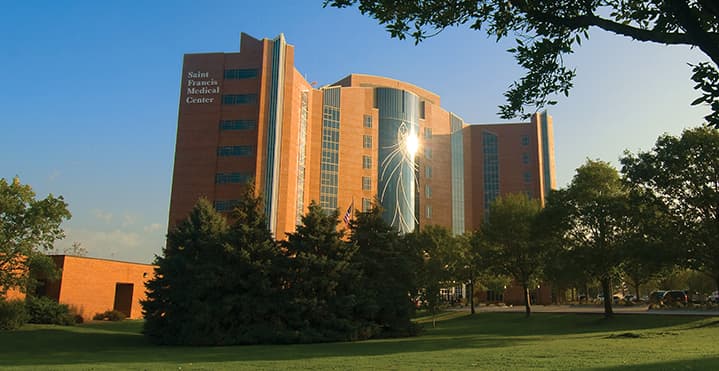 The relocation to Grand Island will see Creighton bring that proud record of recruitment and education to CHI Health St. Francis Hospital, which has served Grand Island since 1887 and today serves as a regional referral center with more than 100 physicians and more than 1,100 employees.

CHI St. Francis will offer Creighton nursing students a top-level clinical experience. St. Francis carries a “magnet hospital” designation, which is awarded by the American Nurses’ Credentialing Center and is considered the gold standard for nursing institutions where “nurses are empowered not only to take the lead on patient care, but to be the drivers of institutional healthcare change and innovation.”

In addition to giving nurses the possibility of working in the area’s only cancer center, CHI Health will offer scholarships and guaranteed job placements to five students every year.

Given that nursing graduates typically choose to work in the communities where they live and where they studied, proximity of education becomes an important factor governing the supply of nurses. Demand for nurses in central Nebraska remains strong, and the move to Grand Island will ensure that a 12-month Accelerated Bachelor of Science in Nursing continues to be within easy reach.

“Relocating our central Nebraska campus to the Grand Island community allows Creighton University to highlight our academic-clinical partnership with CHI Health and contribute to alleviating the nursing shortage in Nebraska,” said Julie Manz, PhD, RN, assistant dean at the college.

“We look forward to establishing new relationships in the Grand Island community to best serve the health needs of the people through health promotion, disease prevention, health education and care management.”